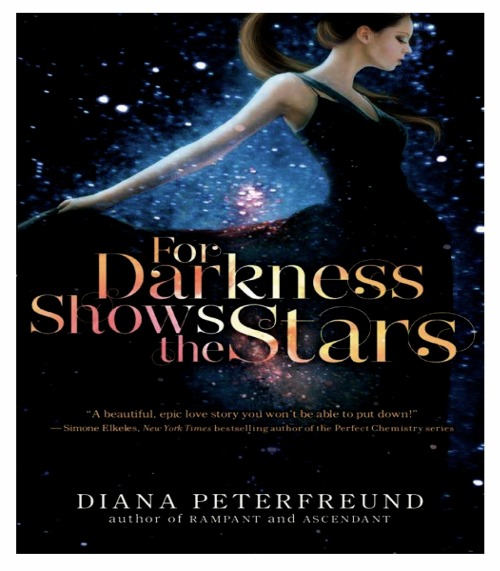 For Darkness Shows The Stars
by Diana Peterfreund

It’s been several generations since a genetic experiment gone wrong caused the Reduction, decimating humanity and giving rise to a Luddite nobility who outlawed most technology.

Elliot North has always known her place in this world. Four years ago Elliot refused to run away with her childhood sweetheart, the servant Kai, choosing duty to her family’s estate over love. Since then the world has changed: a new class of Post-Reductionists is jumpstarting the wheel of progress, and Elliot’s estate is foundering, forcing her to rent land to the mysterious Cloud Fleet, a group of shipbuilders that includes renowned explorer Captain Malakai Wentforth – an almost unrecognizable Kai. And while Elliot wonders if this could be their second chance, Kai seems determined to show Elliot exactly what she gave up when she let him go.

But Elliot soon discovers her old friend carries a secret–one that could change their society… or bring it to its knees. And again, she’s faced with a choice: cling to what she’s been raised to believe, or cast her lot with the only boy she’s ever loved, even if she’s lost him forever.

Inspired by Jane Austen’s Persuasion, For Darkness Shows The Stars is a breathtaking romance about opening your mind to the future and your heart to the one person you know can break it.

I knew this was going to be a pretty good novel going in. Especially after how good Among These Nameless Stars was. But this? Exceeded all expectations.

This was one of the best love stories I have read in a while, god, it’s got the magic of These Broken Stars and This Shattered World but also the old-school romance of Pride And Prejudice which makes sense since it’s based on Persuasion and just – guys this is perfection.

Between the misunderstandings and miscommunication, the pain that is thrumming under the skins of both Kai and Elliot. The way all the characters are linked, all of them have nuances. And they all grow and learn.

It is science-fiction and also a little old-school classic style story, and you would think those two would not mesh, but this makes it work. It makes it work so well.

I just think this is so amazing. I cannot even express myself right, this is just wonderful.