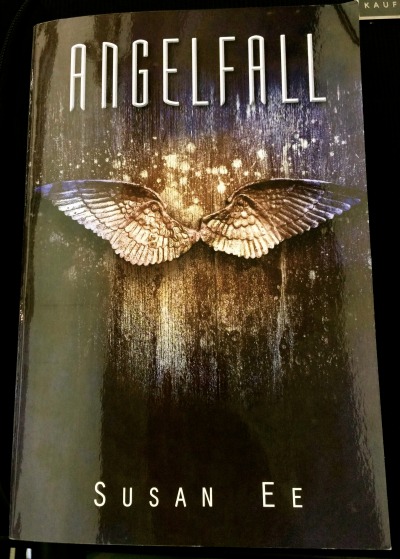 It’s been six weeks since the angels of the apocalypse destroyed the world as we know it. Only pockets of humanity remain.

Savage street gangs rule the day while fear and superstition rule the night.

When angels fly away with a helpless girl, her seventeen-year-old sister Penryn will do anything to get her back…

WHAT NERDS. Okay, this story starts of a little slow – I mean, building the post-apocalyptic world, bringing Penryn and Raffe face to face is quick. We get to see their characters and relationship develop pretty fast, but the book really picks up speed in the second half when I had such a hard time putting it down?

Penryn is such a sympathetic character. A girl who never really had the time to be just a girl before all the world went to hell. Whose priority has always been her family, who would do ANYTHING for her baby sister. She has this core of steel that I really adore.

Raffe is a nerd with a super lame sense of humour and the banter between the two is just perfect. There is also a sense of empathy that evolves as Penryn slowly warms up to him and it is handled just so well.

Quite intrigued by Josiah so I hope he comes back. The prose in this is absolutely fantastic so I cannot wait to crack open World After (which I picked up a few days ago).